In evolutionary terms we’ve gone from bashing a rock on another rock to Smart phones, jet engines and high rise towers in the blink of an eye. What’s more it seems our ability to build and create is growing stronger and faster by the day. In the last few decades alone some of the most incredible engineering feats to ever grace the earth have been created. So prepare to be amazed by these five world changing engineering achievements.

Made up of more than 100 million cubic metres of sand and rock, the Palm Islands are Dubai’s most impressive engineering achievement. The islands were made from millions of cubic metres of dredged rock and sand which was painstakingly built up to create new land. The islands utilised enough materials to build a wall long enough to reach around the world three times and rocks were mined from 16 quarries around the United Arab Emirates to build the islands.

One of the finest examples of Indian style architecture ever completed, the Taj Mahal is one of the world’s most stunning buildings. Started in 1632, the memorial took just two decades to complete, an incredible achievement for the day. the building is entirely symmetrical and constructed form white marble sourced in Rajasthan which appears golden in moonlight and pink in the early morning sunrise. The exterior of the building is adorned with over 28 types of precious and semi-precious stones.

Connecting Mongolia, China and Japan with Eastern Russia and Moscow, the Trans-Siberian railway was built to bear the harsh environments it crosses and is able to withstand extremely low temperatures and tough terrains as it passes across 16 rivers, through 87 cities and towns and eight time zones. The railway took a decade to build and was completed. It’s estimated that more than 90,000 people were involved in its construction who used just wheelbarrows, shovels and picks to carry out the task. 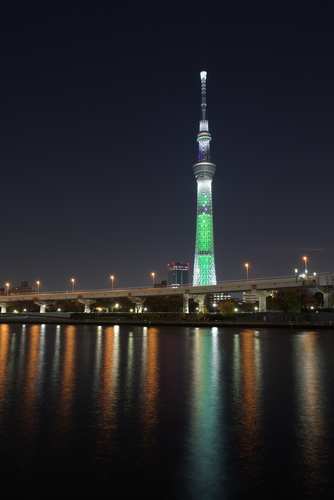 Towering 634 metres above the city of Tokyo, the Sky Tree is a testament to engineering ingenuity in the earthquake prone city. The tree is constructed from an earthquake resistant centre column made from millions of tons of reinforced concrete. The Sky Tree utilises shinbashira, a traditional Japanese building method which is often used in ancient pagodas and was created by the same company who are currently designing a space elevator.

The breathtaking Grand Canyon Skywalk is not for the feint hearted. A staggering 1219 metres high, the steel and glass walkway just out over the Colorado river offering incredible views of the surrounding landscape. The skywalk was the brain child of David Jin, a Las Vegas businessman who created the attraction in conjunction with the Hualapai tribe who own the land. The skywalk utilises more than 83,000 lbs of glass and steel and could potentially take the weight of almost 800 aeroplanes.

Robert Coleman has been involved in the engineering industry for over 2 decades, specialising in the design and manufacture of gauges at The Orignal Gauge Robert feeds his love for the broader world of engineering by writing and researching his passion in his free time.