The Soviet Sputnik, launched, was the first satellite ever to orbit the Earth. Armed solely with a thermometer, a battery and a radio transmitter, it was able to provide the soviet scientists with invaluable data on the Earth’s atmosphere, and provide the soviet government with an invaluable propaganda victory over its arch-rival, the United States.

Of course, modern satellites orbit the Earth in much greater numbers, and with a substantially more impressive array of equipment that allows them to do a lot more than transmit atmospheric density. Many of the functions they fulfill have become essential to our daily lives. Here’re some of the satellites that alien civilizations would probably knock out first should they ever attempt an invasion of our planet. 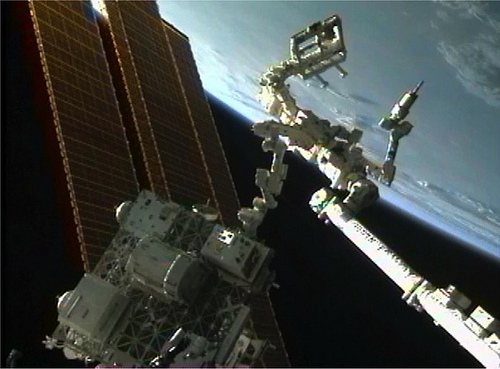 Who built this thing?

A satellite engineer is tasked with designing satellites and ensuring they remain in orbit once they have been launched. The systems and software that allow satellites to be controlled from the ground fall within their area of expertise, as does any data collected on the behavior of the satellites as they travel around the Earth.

According to Education-Portal, Satellite Engineers usually train in electrical, mechanical or aerospace engineering, with a specialization in systems or network satellite engineering. They require an understanding of electrical systems, satellite systems, computer systems and spacecraft systems. They need communication, analytical and technical skills. Most of all, they need a passion for launching objects into space. The skills of Satellite Engineers are invaluable and in high demand, especially amongst:

The Australian government has traditionally been cautious about embarking on any expensive space projects. However, the country’s ground stations will need upgrading if they’re to gain the full benefits of the functionality that newer satellite models have to offer. Furthermore, while none of the satellites they depend on are of Australian made, they may soon have motivation to build some.

Satellite technology could provide the solution to Australia’s environmental issues, especially the water supply, which is becoming a point of concern. It’s believed that climate change and a growing population are putting increasing strain on the nation’s natural resources, and that a water shortage looms on the horizon. This could have severe repercussions for industries pivotal to the nation’s economy, such as mining and agriculture.

However, a vast and untapped source of water lies in the moisture contained within the upper layers of the continent’s soil.  Its potential as a water source equals that of the lakes, rivers and reservoirs that currently serve that purpose, such that it has been referred to as an “invisible resource” and is the focus of CSIRO’s Australian Water Availability Project.

Satellites could monitor the moisture being held in the soil in the same way they monitor the weather, and. according to the Australian Centre for Space Engineering Research, one satellite is all that would be required to measure the terrestrial water supply across all 7.6 million kilometers of the continent.

With their history of technological innovation and engineering prowess, Australia certainly has the capability to construct their own satellites, and satellite technologies specifically designed to meet the needs of Australian industry can be of immense benefit to the continent.

BIO: Matthew Flax writes about the appeal of a career in satellite engineering, and hopes that one day someone will build a satellite so big he can point at it and utter the famous line, “That’s no moon, that’s a space station”.