How Turnstiles Solve A Commuter’s Nightmare

It’s the rush hour, and everyone’s in a hurry to get to their offices. You walk hurriedly in the subway, and then you buy a subway train ticket for your destination. With only a few minutes before your train leaves, you squeeze your way through a large, congested crowd of waiting passengers. As you hurriedly overtake grumpy commuters, you see the angry stares thrown in your direction. You can’t care less because you seriously need to catch that train. With just a few seconds left before the train doors close, your world turns upside down as you find yourself suddenly stuck in a deluge of people moving both in and out of the train. The train then honks goodbye and leaves you grounded at the centre of irked passengers getting angrier and more impatient. Your adrenaline has to try hard to stay still as it has nowhere to go but right in the middle of that restless crowd.

That’s one of the many distressing incidents you can experience in public terminals. As a commuter, if you go out of your way to follow terminal rules, it is utterly disappointing to see others not conducting themselves orderly, stalling the flow of people all the more. The more they misconduct and go out of order, the more everyone gets delayed.

Thankfully, there are turnstiles for that.

The Purpose of Turnstiles

Turnstiles do not assure you won’t get stuck in the middle of rush hour. But turnstiles can at least lessen the chances that you’ll carelessly push your way through a crowd and get squashed by a mob of irritable passengers. They are very effective in improving order and security, despite everyone being in a hurry. If everyone has to rush, might as well do it in an orderly manner.

In more private places, turnstiles are installed to control personnel going in and out of the vicinity. In lieu of a security guard, one kind of turnstile, the optical one, detects unwanted people who may attempt an unauthorised entrance. But unlike security guards, security turnstiles don’t need bathroom, coffee or lunch breaks or days off. They can go on working 24/7. Though turnstiles do not totally eliminate the need for human security guards, their number can be lessened, saving agencies from extra financial expenses. And instead of getting too busy inspecting people’s IDs and belongings upon entrance, security guards can take on other important tasks such as attending to visitors and supervising other aspects of security.

According to some authorities, turnstiles pose only minor and very few to zero risks to people in public places. The worst problem people can experience with turnstiles is when it malfunctions one can get stuck around its enclosure, however this can easily be fixed, and some can just hurdle themselves over. Like all other machines, turnstiles do malfunction but when handled and maintained properly by the ones assigned and authorised, along with the citizens’ cooperation, they can be highly effective and indispensable.

With its benefits for commuters, investing well on turnstiles is an important move that must be taken by authorities for the safety and order of public terminals like train stations, bus stations, airports and piers. And as with any other investment, agencies want to make sure they get great value for their money. It is a must then that they buy from reliable companies offering this kind of technology.

With order and safety managed, commuting becomes more tolerable for passengers. The safety and convenience of commuting citizens is the safety of a large percentage of a nation’s population. Turnstiles greatly contribute to this. 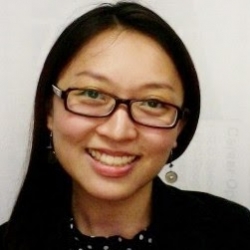 By Debra Wright
Debra Wright is a creative online writer who supplies cyberspace with interesting and informative write-ups about her favourite topics including turnstiles. A wide reader and ardent web surfer, she believes she can do anything as long as she has an Internet connection. Follow Debra on twitter @debrawrites…